The Jawani Phir Nahi Aani actor Uzma Khan took to social media to share her ordeal of being harassed and threatened in the past few days.

She took to Facebook, saying, “This is my official statement. Please share and help me in my fight for justice.”

“I have been shamed, blackmailed, harassed, been threatened to kill in the past three days. I feel I have nothing to lose now and I have decided to fight the strongest people of Pakistan,” Uzma wrote. “For me, it is either I get justice or I will be killed but there is no turning back now.”

Uzma added, “I am an orphan so you can’t kill my parents. The maximum you can do is kill me.”

Perhaps, hinting at a video that went viral, she responded, “Since you’ve shamed me in front of the whole world anyway. Since I’m a woman and obviously the vulnerable and easy target, carry on but now I will fight till my last drop of blood.”

Uzma also said that she has filed a police complaint against her alleged harassers. 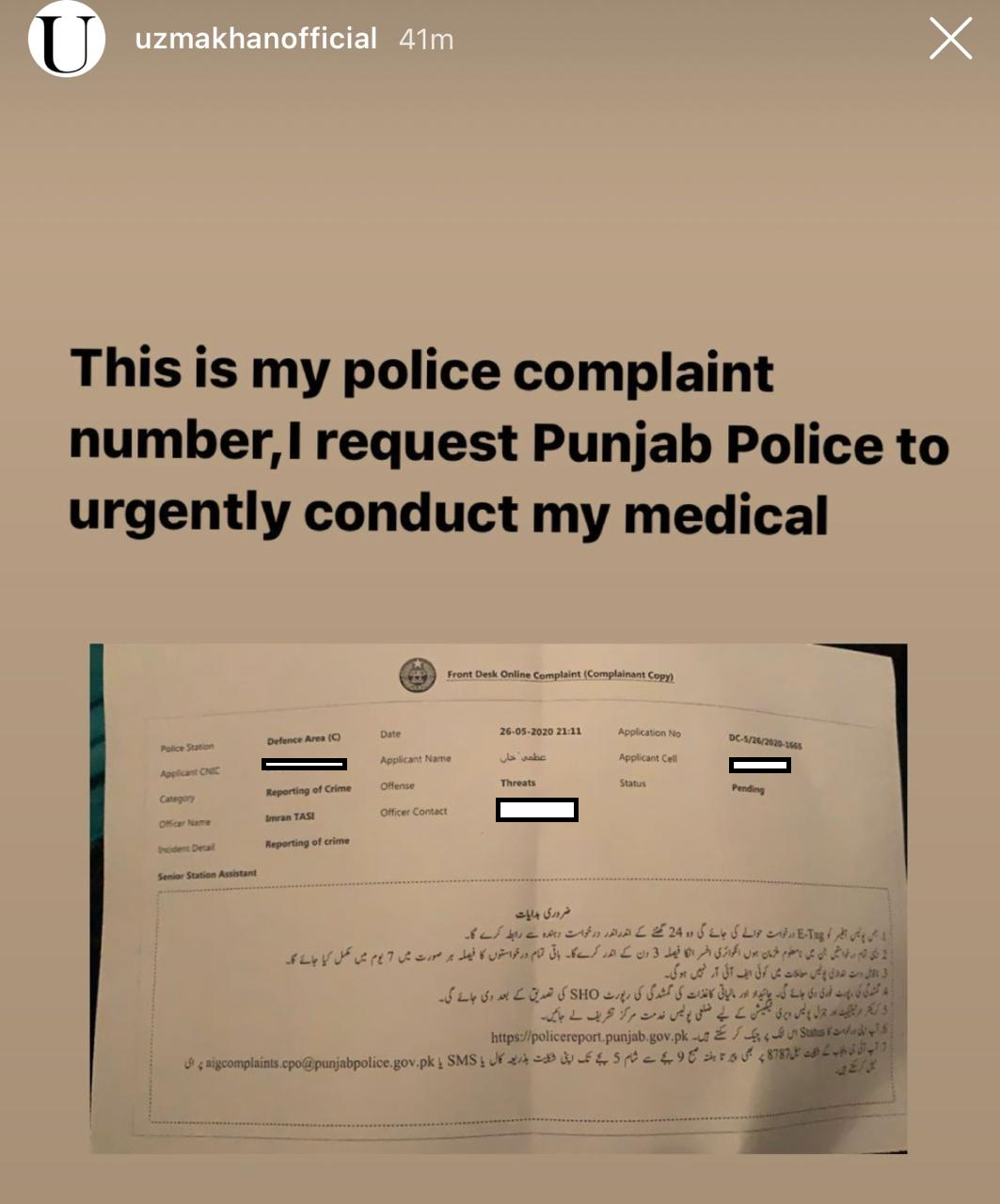 “I request Punjab police to register my FIR and conduct my and my sister’s Medical examination (my basic right) before our wounds start to heal,” she concluded.

Presumably, the model-turned-actor Uzma Khan gave this ‘statement’ in response to a  video that was doing rounds on social media for the past two days.

The short clip showed the actor and her sister being accused by an unknown woman of allegedly having an intimate relationship with a person by the name of Usman.