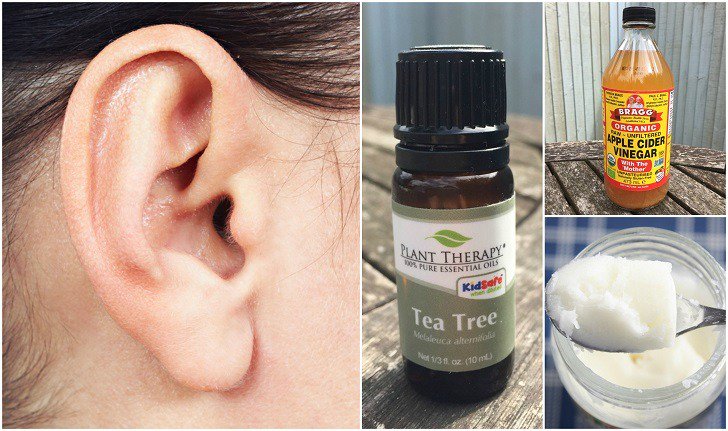 Ear wax, or cerumen as its scientifically referred to, is a substance that’s produced by the glands in order to keep the ear protected, clean and lubricated. It’s made up of 20 to 50 percent fat and coats the ear canal in order to moisturize it, prevent infection, and help keep dirt, dust and other types of debris from getting deep inside it.

Once ear wax has served its purpose, eventually it will migrate from the ear canal to the opening of the ear, where it typically dries up and falls out. Although the exact reason is unknown, some people tend to produce more ear wax than others, and in some cases, excessive ear wax can accumulate in the ear canal, leading to blockages.

When a blockage occurs, not only can it make it more difficult to hear as ear wax blocks sound, you may experience a number of other symptoms, such as:

Many people practice ear wax removal as part of their regular hygiene routine, but unfortunately, most tend to use cotton swabs or Q-tips, bobby pins, or other objects in an attempt to get to it and clean out the excess ear wax. When done incorrectly, that can end up pushing wax deeper into your ear canal, blocking your eardrum and causing irritation to the ear canal, or even rupturing the eardrum.

People who use earplugs or hearing aids are also more prone to ear wax blockage as these devices can cause the ear wax to be pushed further back into the ear as well.

While you could visit your healthcare provider to get it removed, there are many simple remedies that can unblock and remove hardened wax right at home, in fact, according to the American Academy of Otolaryngology, most cases of ear wax blockage respond well to home treatments used to soften wax, like the natural remedies listed below.

Do keep in mind that if you have a perforated eardrum, you should not try these, but instead see a professional for help. While natural remedies can take a little more time, if symptoms continue to persist, it’s best to consult your physician.

Hydrogen peroxide is used for a wide variety of purposes, but it can also be effective for getting rid of ear wax that’s stuck in the ear. Also known as hydrogen dioxide, this common household item found in many medicine cabinets is typically used to clean a wound. A natural substance, it’s produced as a by-product from many different cells in the body, however, enzymes like catalase metabolize it, breaking it down to water and oxygen which prevents the formation of harmful free radicals. This effervescent property is what can make it so effective for breaking down stuck particles like ear wax.

To do so, you’ll need to gather together the following items: 3% hydrogen peroxide, cotton balls, cotton swabs, extra-virgin olive oil, warm water, an ear or medicine dropper, a bulb aspirator, a towel and two bowls. Just before use, warm the hydrogen peroxide and olive oil bottles in a bowl of warm water to make removing the earwax more comfortable.

If you have just a small amount of ear wax, all it may take to remove it is dipping a cotton swab into some hydrogen peroxide and using that to clean around the outer ear canal. Avoid pushing the cotton tip deep into the canal as that can cause the wax to go further in. For more difficult to remove ear wax, follow these instructions, keep in mind that it will take 30 minutes or so to perform the procedure.

Some experts say flushing the ear with a combination of alcohol and apple cider vinegar is the most effective for getting out that ear wax. Apple cider vinegar contains antibacterial properties to help kill an infection that may cause ears to become plugged up, and it also helps to drain out any mucous. When combined with alcohol, this helps to break up the wax as well as the fluid.

Coconut oil is a practically miraculous substance, and with such a wide range of uses and benefits to one’s health, it’s no surprise that it can be used to get rid of ear wax too. Coconut oil contains fats known as medium-chain fatty acids, or MCFAs, which are unique fats that include caprylic acid, lauric acid, and capric acid. These fatty acids offer antifungal and antimicrobial properties, which can help eliminate ear wax while preventing an infection too. It may also kill off a variety of harmful microorganisms that can result due to a buildup of ear wax.

All you need for this process is about a tablespoon of coconut oil, a towel, and a dropper.

Glycerin is a humectant, meaning it attracts moisture to your skin. It’s a natural byproduct of the soapmaking process, and you’ll often see it used in the ingredient lists on commercially available ear wax softener drops. Glycerin is a neutral, colorless, thick liquid and an effective wax softener, thanks to its lubricating and moisturizing properties. It’s also considered safe for removing ear wax at home. Although it can be used in the ears without being diluted, it is better to dilute it with a little water due to its viscosity. Water will make it a little thinner, which makes it easier to go deep into the ear canal and soften the wax that’s impacted there.

To use the glycerin technique, you need just a few drops of glycerin, water, a medicine or ear dropper, and rubbing alcohol.

Tea tree oil is a powerful essential oil that has a wide variety of uses, along with potent antibacterial, antiseptic, antiviral and antifungal properties. Its antibacterial properties are said to be so effective, that can even attack and eliminate staph infections. It also contains anti-inflammatory, antimicrobial and antiviral properties that help treat ears that are clogged due to a sinus infection or ear wax blockage.

There are two different methods for using it.

First, is the steam process. All you need for this is a glass of water and a few drops of tea tree oil. Boil 8 ounces of water, and then add 3 drops of the tea tree oil to it. Put it in a small bowl and then place the bowl on a table or counter, making sure the water stays hot enough that there is steam coming from it. Bend and tilt your ear toward the steam, allowing the hot vapor to get inside of your ear. You’ll feel instant relief from the blockage, with the hot vapors opening things up again. Continue to repeat this method until the problem has dissipated.

Another option is the tea tree oil and olive oil process. You’ll need a tablespoon of extra-virgin olive oil and three drops of tea tree oil, along with a dropper, to use it. Mix up your tea tree oil with the olive oil in a small bowl, and then place the mixture in the dropper. Tilt your head to the shoulder of the opposite ear, and then place two drops of the solution into your affected ear, repeating on the other ear if necessary. The solution will help to drain out any trapped mucous in the Eustachian tubes and well as to provide relief from clogging and even a stuffy nose too. Repeat the process once or twice each day until congestion and ear wax is gone.

Last, but certainly not least, garlic is an excellent remedy for an ear that’s aching and contains ear wax blockage as it’s a natural antibiotic due to its allicin content. Allicin is also a powerful antimicrobial agent, which helps to fight off any infection and relieve the pain. Research conducted at Washington State University found that garlic was 100 times more effective than two top antibiotics for fighting a bacteria known as Campylobacter, which is likely why it’s been used for medicinal purposes for thousands of years.

To use it, you’ll make garlic oil, by infusing sesame oil with garlic in order to soften the wax and allow garlic’s potent properties to combat infection. You’ll need 2 to 3 garlic cloves, 1 to 2 tablespoons of sesame oil, and a dropper.

Source
Read Below In Urdu